High court condemns lack of provisions in the UK for suicidal teenager.

Judge forced to send a 16-year-old girl to unregulated placement due to lack of available NHS psychiatric intensive care beds. 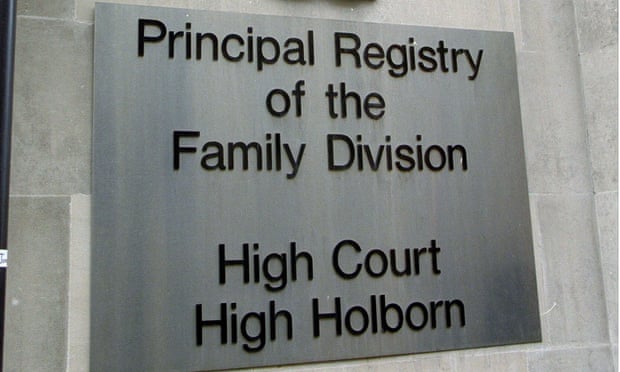 The ruling was handed down in the family division of the high court. Photograph: RAY TANG / Rex Features

Not a single secure bed was available anywhere in the UK last week for a suicidal teenager, according to a high court ruling that highlights the chronic shortage of accommodation to support the country’s most vulnerable children.

Mr Justice MacDonald said the lack of places – partly caused by Covid-19 restrictions – left him facing a “stark choice” either to send the 16-year-old girl to an unregulated placement – meaning she would not inspect – or into the community “where she will almost certainly cause herself possibly fatal harm”.

MacDonald said he had no option but to choose the former in his damning judgment, which began with the Nelson Mandela quote: “There can be no keener revelation of a society’s soul than the way in which it treats its children.”

The lack of secure placements emerged when Lancashire county council sought a place for the girl after she had spent a period on an adult mental health ward where she had threatened to abscond, kill herself and kill staff. A search for a place in an NHS child and adolescent mental health psychiatric intensive care unit was also unsuccessful.

In his written ruling, handed down on Friday in the family division of the high court, the judge said the teenager was “in urgent need of a secure placement” but that “as of this morning, no such placement is available anywhere in the United Kingdom” – putting “anywhere” in italics to highlight his apparent incredulity.

The decision to send her to the unregulated accommodation could not be supported by the children’s guardian, an independent professional appointed to represent the girl’s rights in court.

MacDonald revealed the shortage was partly caused by a unit funded by the Department for Education (DfE) which is supposed to help local authorities in England and Wales arrange secure welfare placements. The Secure Welfare Coordination Unit (SWCU) told him it had recently decided to stop providing details of names and locations of places available “due to the bed capacity and the impact of Covid-19”.

The judge criticised the policy saying: “The location of a given placement is central to effective care planning for a child, as is the ability to liaise with a placement that might be available for that child.”

The 16-year-old – referred to as G in the judgment – had been in foster care since the age of four, and since January had been admitted to hospital 20 times. She had made two apparent suicide attempts.

While no NHS psychiatric intensive care beds for children and adolescents were available to accommodate her, they would not have met her needs anyway, according to clinicians. They found she did not meet the criteria for continued detention under mental health legislation and so secure accommodation was sought.

The ruling comes amid rising concern at the provision of support for child mental health during the coronavirus pandemic. Last week England’s official survey into child mental health, conducted by NHS Digital, found probable rates of mental disorders among children and young people have increased by almost half since 2017.

A Guardian investigation also found that prescriptions for sleeping pills for under-18s rose by 30% to 186,000 between March and June 2020 compared with two years ago, and one of the largest private eating disorder services reported a 71% rise in admissions in September.

High court condemns lack of provisions in the UK for suicidal teenager.