Hopes rise for approval of coronavirus vaccine by end of this year. 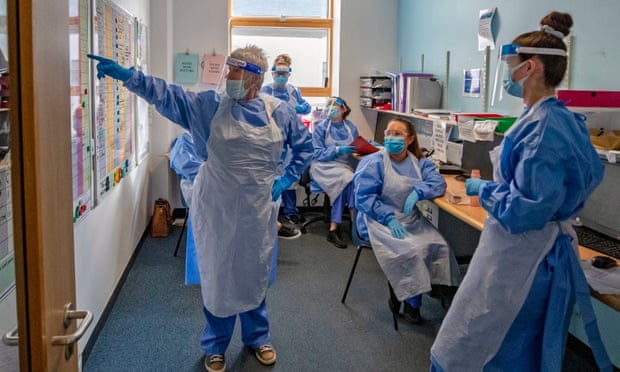 Nurses on a Covid-19 ward in Merseyside, north-west England. Healthcare workers and people most at risk will be prioritised for first doses of a vaccine. Photograph: Peter Byrne/PA

Hopes are rising that a coronavirus vaccine will be approved by the end of the year, with healthcare workers receiving their first dose in early 2021.

Dr Anthony Fauci, the US’s leading expert in infectious diseases, said on Sunday it should be known by the end of November or early December if a vaccine was safe and effective.

The Irish government added to the growing optimism that a vaccine would soon be available.

“I’m increasingly optimistic, as is government, that we will see a vaccine approved in the next couple of months and that in the first half or first quarter of next year it’ll be possible to start vaccinating those most at risk,” Leo Varadkar, Ireland’s deputy prime minister, who is also a doctor, told RTE radio on Sunday.

Fauci’s remarks came after a report that the NHS in the UK is preparing to start immunising frontline staff with a vaccine within weeks. The Mail on Sunday published a memo by Glen Burley, the chief executive of a group of hospitals in the Midlands, in which he said NHS care providers had been told to be prepared to start a Covid-19 staff vaccine programme in early December.

“The latest intelligence states a coronavirus vaccine should be available this year with NHS staff prioritised prior to Christmas,” according to Burley’s message, which was sent earlier this month, the paper reported.

However, well-placed NHS sources said that, while hospitals were preparing plans to help roll out any vaccine that is approved, the timescale Burley set out is premature and overly ambitious.

“There is no progress at all [on when a vaccine will arrive], no date, no national steer [from NHS England bosses] and only frustration,” said a senior official at one of the major NHS trusts that have been handed a key role in the drive to distribute whichever vaccine is the first to be approved.

Sir Patrick Vallance, the government’s chief scientific adviser, told MPs and peers that a vaccine would not be available in the UK until the spring. 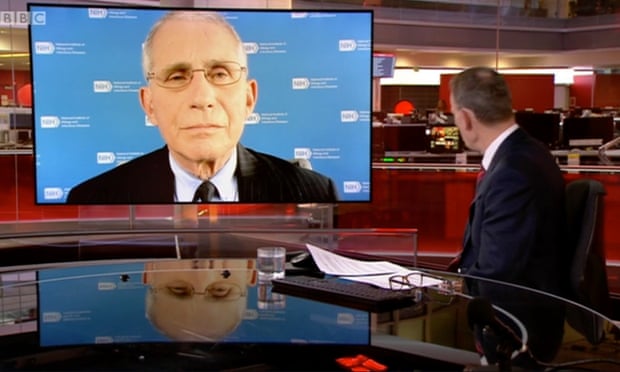 Fauci was asked on the BBC’s Andrew Marr Show if Donald Trump’s claims that a Covid-19 vaccine, while not a guarantee, would be coming by the end of the year were true.

“We will know whether a vaccine is safe and effective by the end of November, the beginning of December,” he replied. “The question is, once you have a safe and effective vaccine, or more than one, how can you get it to the people who need it as quickly as possible?

“The number of doses that will be available in December will not certainly be enough to vaccinate everybody. You’ll have to wait several months into 2021.”

Healthcare workers are likely to be given priority access to any vaccine, as well as people whose underlying health means they are considered at increased risk of complications if they get Covid-19.

“That could start by the end of this year, the beginning of January, February, March of next year. When you talk about vaccinating a substantial proportion of the population so that you can have a significant impact on the dynamics of the outbreak, that very likely will not be into the second or third quarter”, Fauci added.

A vaccine being developed between scientists and doctors at Oxford University and the drug company AstraZeneca, which is in phase 3 trials, is considered the likeliest candidate to be used first.

On Friday, Germany’s health minister, Jens Spahn, set out a similar timetable to that of Fauci and Varadkar. A vaccine could be available in early 2021, with enough supplies being produced to let many Germans be immunised within six or seven months, he said.

Germany’s health ministry plans to create 60 special vaccination centres to ensure the vaccines can be stored at the proper temperature and has asked the country’s 16 federal states to provide addresses for the storage premises by 10 November, the newspaper Bild reported.

Hopes rise for approval of coronavirus vaccine by end of this year.