Covid vaccine will not be available in UK until spring, says Vallance. 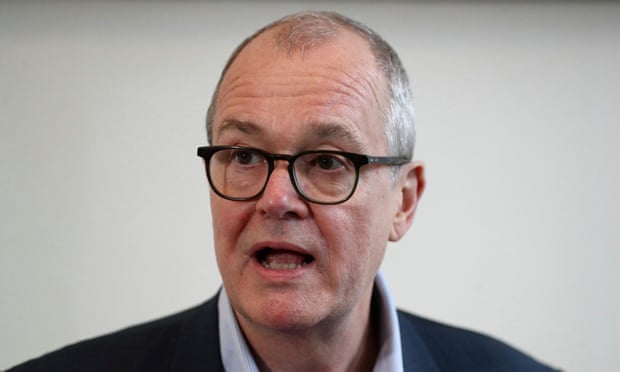 Sir Patrick Vallance said there was a still long way to go before a vaccine was widely available. Photograph: Simon Dawson/Reuters

A vaccine against coronavirus will not eradicate the disease or be widely available before the spring, the government’s chief scientific adviser has cautioned, following reports that a jab could be available as early as the new year.

Giving evidence to the joint Commons and Lords national security strategy committee, Sir Patrick Vallance said that before Covid, it had never taken less than about five years to develop a vaccine from scratch, with an average time of 10 years, but that new vaccine technologies had helped to shrink that timeframe.

However, Vallance stressed that, while a number of vaccines had been shown to trigger antibodies, there was still a long way to go before a jab was widely available.

He was asked by the Conservative MP Tobias Ellwood whether the government needed “to manage the message far, far better if we are to keep the national resolve in what will be six very difficult months ahead of us”.

Vallance said: “I do think we should not overpromise, I think it is very important that we give a realistic picture of where things are.” He added that the results from phase three of the clinical trials were expected soon, which would provide crucial information.

Vallance said that while there might be doses available sooner, it was unlikely it would be rolled out for use in the community before spring 2021.

Vallance’s comments come after Jonathan Van-Tam, the deputy chief medical officer, was quoted in the Sunday Times as having told MPs the vaccine could start being deployed soon after Christmas.

“It is likely that this disease will circulate and be endemic. My best assessment – and I think that’s the view of many people on Sage [the government’s scientific advisory group for emergencies], that that’s a likely outcome,” he said.

“Clearly as management becomes better, as you get vaccination which would decrease the chance of infection and the severity of the disease … this then starts to look more like annual flu than anything else.”

Vallance said his role had brought challenges, but that he did not feel he was used as a shield by politicians.

“Have I felt uncomfortable at times during this? Of course, I have. It has been a position of visibility which I wouldn’t seek and it’s a position of visibility which I do not enjoy from that side,” he said. “But I don’t think that we have done anything other than try to present the science as we see it in the fairest way with the uncertainty clear.”

With Covid seemingly here to stay, Vallance added that changes to how scientific advice is gathered would be needed, noting Sage had already had 62 meetings on Covid. “It wasn’t designed to work for that length of period and it does put a strain on the academics and others who contribute to this,” he said.

Covid vaccine will not be available in UK until spring, says Vallance.