Investigation launched after IT error misses thousands of Covid-19 cases. 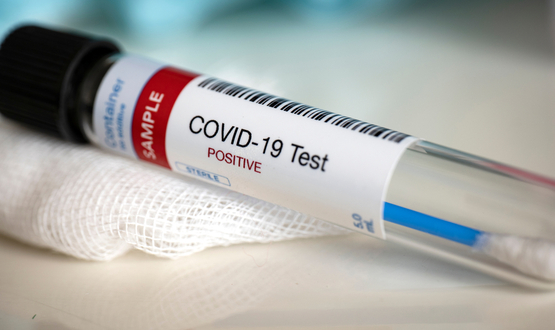 An investigation has been launched after a “technical error” caused nearly 16,000 cases of coronavirus to go unreported.

Public Health England (PHE) confirmed that some 15,841 cases between 25 September and 2 October were left out of daily figures.

The glitch resulted in efforts to trace contacts of those who tested positive being delayed, but PHE said they have since transferred all outstanding cases to NHS Test and Trace.

Speaking in the House of Commons this afternoon (5 October) health secretary Matt Hancock said it was a “serious issue that is being investigated fully”, adding that it “should never have happened”.

Each individual who tested positive had received their test result as normal and all were advised to self-isolate. But it means those who were in close contact with them were not given appropriate advice. All outstanding cases had been transferred to contact-tracers by 1 am BST on 3 October 2020, PHE confirmed.

However, as at 9 am today only 51% of cases had been contacted a second time for contact-tracing purposes, Hancock told MPs. The remaining 49% were yet to be contacted by contact-tracers.

Michael Brodie, PHE interim chief, said the issue was caused by a “technical error” but a report by Press Association suggests it was caused by an Excel spreadsheet containing lab results reaching maximum size, preventing new cases from being added to the file.

“After rapid investigation, we have identified that 15,841 cases between 25 September and 2 October were not included in the reported daily Covid-19 cases. The majority of these cases occurred in most recent days.”

More than 75% (11,968) of those cases should have been reported between 30 September and 2 October, according to PHE’s statement.

“We fully understand the concern this may cause and further robust measures have been put in place as a result,” he added.

Labor’s shadow health secretary labelled the error “shambolic” adding that it was a “mess with hugely serious implications”.

The glitch means cases reported daily in the UK towards the end of last week were likely significantly higher than the near 7,000 reported.

The government’s coronavirus dashboard confirms that as of Sunday there were a further 22,961 lab-confirmed cases of Covid-19 in the UK. It brings the total to 502, 978.

A further 33 people were reported to have died of Covid-19 as of Sunday.

“The advice remains the same. If you have tested positive you must self-isolate immediately for at least 10 days from when your symptoms began and we urge everyone who is contacted by NHS Test and Trace to provide details of their recent contacts.”

Investigation launched after IT error misses thousands of Covid-19 cases.