NHS Covid-19 contact-tracing app to be launched in England and Wales. 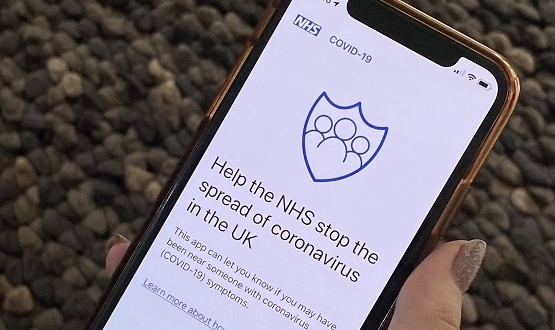 The NHS Covid-19 contact-tracing app is set to launch across England and Wales in two weeks.

The app will officially be rolled out on 24 September after months of setbacks, including a U-turn on the original operating model.

It uses Bluetooth technology to track time and distance between smartphone devices. It also offers a QR code check-in capability, allows users to book a free test and has an isolation countdown timer to remind people to quarantine.

The government is urging businesses including pubs, restaurants, hairdressers and cinemas to ensure they display the NHS QR code posters on entry so customers who have downloaded the app can use their smartphones to easily check-in.

This is designed to allow NHS Test and Trace to contact customers with public health advice should there be a Covid-19 outbreak.

Health secretary Matt Hancock said: “We need to use every tool at our disposal to control the spread of the virus including cutting-edge technology. The launch of the app later this month across England and Wales is a defining moment and will aid our ability to contain the virus at a critical time.

“QR codes provide an easy and simple way to collect contact details to support the NHS Test and Trace system.

“It is vital we are using the NHS Test and Trace system to reach as many people as possible to prevent outbreaks and stop this virus in its tracks. This function will make it simple and easy so we can keep this virus under control.”

Once a QR code is scanned information will remain on a user’s phone for 21 days.

If an outbreak is identified the venue ID will be sent to all devices that have the app downloaded. It will then check if users have visited that venue and, if they have, provide an alert with advice on what to do.

Simon Thompson, managing director of the NHS Covid-19 App, added: “The QR system is a free, easy and privacy preserving way to check-in customers to venues, and we encourage all businesses to get involved and download and display the official NHS QR code posters.”

The app is based on Apple and Google’s decentralised model. NHSX has been working with the tech giants to develop a new version of the app after abandoning its original model in June.

Both versions of the app use Bluetooth to track time and distance between smartphone devices, but Apple and Google’s version was hailed as more privacy-centric as it only sends alerts between devices when Covid-19 is detected, rather than large quantities of data being stored on a central database.

New trails of the revamped contact-tracing app were launched in August on the Isle of Wight, in the London borough of Newham and among NHS volunteers.

The trials have shown the app is “highly effective when used alongside traditional contact tracing”, according to the Department of Health and Social Care.

Vaughan Gething, Wales health minister, said: “The launch of the NHS Covid-19 app is an important part of coronavirus response, supporting Test, Trace, Protect here in Wales, and the Test and Trace programme in England. Working on a joint England and Wales basis is the most practical option here, as we know there is a lot of movement across our shared border.

“The Welsh Government has worked closely with the NHS App team to ensure the app is easy-to-use and gives people the right advice and guidance, tailored to the country they reside in.”

Since NHSX first confirmed in March it was working on a contact-tracing app it has been plagued by criticism and privacy concerns.

Shortly after NHSX revealed they were working on a contact-tracing app, tech giants Apple and Google announced they were joining forces in the fight against Covid-19 to provide a solution that would be interoperable with both iOS and Android devices.

Despite privacy concerns, NHSX launched a trial of its contact-tracing app on the Isle of Wight in the first week of May, with a national roll-out date expected by mid-May.

Concerns were flagged during the initial trial of NHSX’s version after it was found to have poor success rates in tracking proximity to other devices, leading experts to suggest it could cause people to quarantine unnecessarily.

After weeks of silence, the government finally announced on 18 June it was abandoning its contact-tracing app and would instead be working with Apple and Google to develop a new version – something experts had been urging for months. A trial of a revamped app, based on Apple and Google’s technology, was launched on 13 August.

For a more in-depth look at the contact-tracing app and what went wrong take a look at our timeline of events here.

NHS Covid-19 contact-tracing app to be launched in England and Wales.