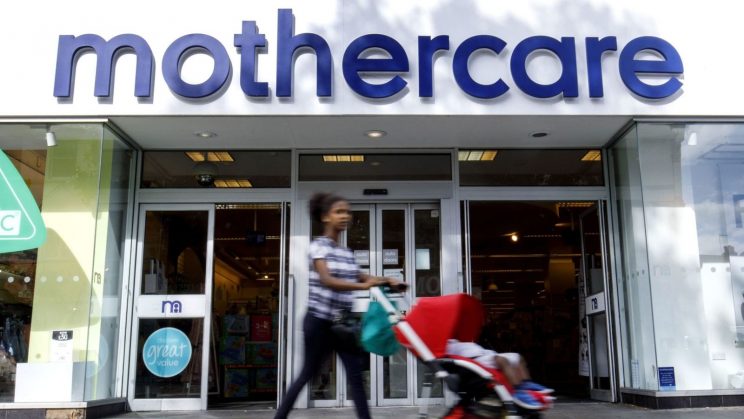 Mothercare is finalising a radical restructuring plan that could see its British operations placed into administration this week, dealing a fresh blow to a beleaguered retail sector.

Sky News has learnt that the company, which is now dominated by its franchising business outside the UK, has put administrators on standby to take over its domestic division within days.

If confirmed, the move would put thousands more high street jobs at risk.

It would not, however, directly affect its publicly quoted parent company, which is in advanced talks with lenders about a new refinancing that would secure its future, according to insiders.

Mothercare’s UK business represents only a small part of its overall group sales.

Sources said that any insolvency process would trigger a renewed effort to find a buyer and possibly a further restructuring, potentially including another wave of shop closures.

The company is thought to have lined up an accountancy firm to handle the administration of Mothercare UK Limited.

Insiders insisted on Sunday night that a formal decision had yet to be taken and was said to be the subject of continuing discussions, including with the trustees of Mothercare’s pension scheme.

Alternatives to the appointment of administrators have also been under discussion in recent days, although further details of Mothercare’s plans were unclear on Sunday night.

The company’s 2,500 UK-based employees would be at risk of redundancy if no buyer can be found through an administration process.

The workforce in Britain is split between 500 full-time employees and 2,000 part-time staff.

Mothercare, which opened its first store in the UK in 1961 in Surrey, has been trying for several months to find a buyer for its UK business, which now comprises just 79 standalone outlets.

That rescue plan was structured as a Company Voluntary Arrangement (CVA) and involved the closure of more than 50 stores.

Mothercare’s UK business – the only one of its national chains not operated under a franchise agreement with the listed parent – has been losing money for some time.

Barring one half-year period in 2017 when it made a modest profit, the UK arm has been a financial drag on the broader group for years.

Mothercare has been steadily transforming itself into an international franchising group, and now trades from roughly 1,000 stores in about 50 countries.

That business and the arm of the company that supplies products to it remains profitable, with sources saying that a successful refinancing of the full group would – without the loss-making British arm – pave a path for the company’s long-term future.

An insolvency process at the UK operations would underline the decline of the UK’s best-known maternity and baby goods chain, which has been struggling to improve its fortunes in a brutal high street environment.

Analysts have pointed to Mothercare’s relatively weak digital operations and poorly located stores in the past as reasons for its continued difficulties.

Since its CVA, it has sold the Early Learning Centre for £13.5m as well as its head office and axed hundreds of jobs.

Mothercare raised £32.5m from investors last year from the sale of new shares, but now has a market value of less than £39m.

To add to the turmoil facing the company, it took the extraordinary step last year of ousting its chief executive, Mark Newton-Jones, only to reinstate him less than six weeks later.

Mothercare is far from alone in having been forced into radical steps in a bid to survive.

On Friday, Sky News revealed that Clintons, the specialist cards retailer, was examining plans to use a CVA to reduce its financial liabilities.

Virtually every name on the high street is implementing a restructuring plan of some kind as the shift towards digital channels and growing costs associated with physical stores inflict pain across the sector.

Most notably this year, Debenhams has been through a pre-pack administration, while Sir Philip Green’s Arcadia Group, which owns brands such as Topshop, only narrowly averted insolvency after a recent creditor vote.

The high street crisis has sparked desperate pleas to the government to reduce the burden of taxes on the retail sector.

This news story was published by Sky News. Click here to read the original article.