Technology can help in dealing with mental health issues. 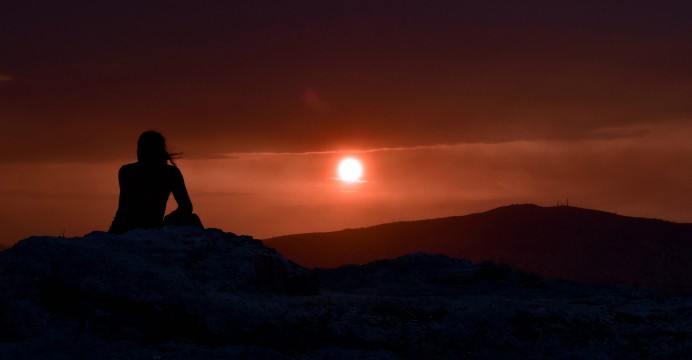 Depression is widespread in Hong Kong, especially in these days of unrest. A recent study by a research team from the University of Hong Kong faculty of medicine has described the mental health problem in the territory as an “epidemic”. The situation is serious not just in Hong Kong but worldwide.

Let’s look at some facts and figures:

• The World Health Organisation (WHO) called the disease a “global crisis” with one out of every 20 people showing symptoms of depression. That means 350 million people worldwide may be suffering from the problem. By 2030, combating depression will become the world’s largest medical burden, the WHO said.

● It is estimated that up to three-quarters of the people will have depression before the age of 24, and around 40 per cent will have the disease as early as age 14. According to a report issued at the end of last year by Japan’s Ministry of Education, the highest number of suicides among children and teenagers in the country since 1986 was recorded from 2016 to 2017.

● The cost of treating mental illness such as depression is high, and the social cost of losing working ability due to the illness is also high. According to a new Lancet Commission report, mentally ill patients will not be able to work for an estimated 12 billion days per year, and the lost productivity will cost the global economy about US$16 trillion by 2030. The amount is close to the total exports of the member-countries of the World Trade Organisation in 2017 (US$17 trillion).

● In 2013, the United States estimated that the national expenditure on mental illness amounted to US$201 billion, which is higher than that spent on heart disease, cancer and tumour.

● For individuals, it is quite expensive to visit a psychiatrist. In the United Kingdom, where medical services are readily available, half of the people think they have experienced mental problems in their lifetime, but only a third of them have received a diagnosis.

I have been advocating a people-oriented smart city, utilising information technology to solve problems for people is the key to promoting development.

Currently, the use of innovative technology to treat mental illness is still in its infancy.

According to White Star Capital, the venture capital fund obtained by mental health technology has jumped from US$322 million in 2017 to nearly US$800 million in 2018. Although the amount is still relatively small, this is a very encouraging development.

According to an analysis by the founder of a medical company, these technologies can be classified into six categories:

1. Computerized Cognitive Behavior Therapy (CCBT) – Helps patients to change their negative emotions and behaviour through meditation via mobile phone applications. No medication is needed. It is said to be effective for patients in the early stages of the illness. The technology has attracted the most funding so far.

6. Artificial intelligence – Provides personalized and more effective services in the prevention, diagnosis and treatment through AI applications such as dialogue, predictive analysis, and machine learning.

Hong Kong is facing unprecedented difficulties at present. We must think of all possible ways to solve the problems, we must think out of the box, and information technology could play an important role.

This news story was originally published by Ejinsight. Click here to see the original article.

Technology can help in dealing with mental health issues.