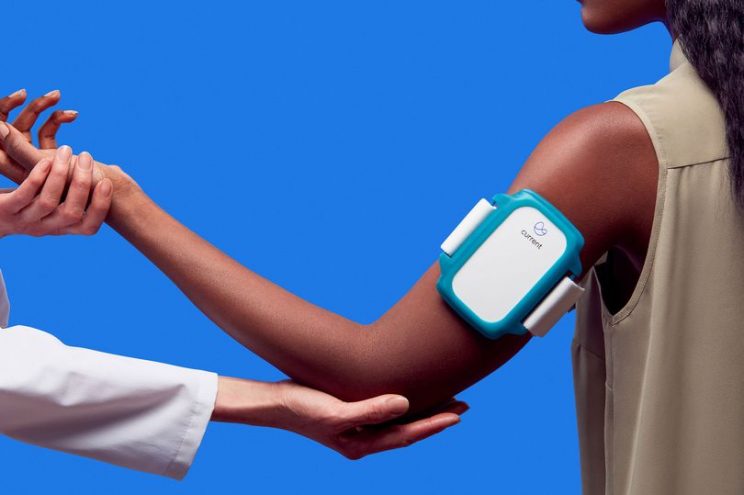 Richard Lennox knows how to spot a success story in the making. He was a software engineer at Skyscanner when the travel search website began its rapid rise from 50 employees in Edinburgh to a global success story.

So don’t be surprised if a similar story unfolds after he joined another fast-growing business in the capital as chief operating officer. Current Health’s wearable medical tech has already been adopted by 12 major medical organisations in the US and several NHS health boards in England.

Current’s flagship device certainly looks like the future of healthcare. Worn around the upper arm, it monitors the vital signs of patients who needn’t be taking up a hospital bed but still need the attention of doctors. Real-time readings are constantly fed wirelessly to a database and if they show signs of deterioration, medics are alerted.

It should prove to be not just a lifesaver but also a money saver for increasingly cash-strapped health services.

For Lennox, Current is about to show a similar rate of growth to that of his former employer. He said: “We have a product that we know works in the context in which it operates, and we are in position of being ready to start that next phase of growth.

“From that we can project that we will grow from just less than 40 people and will double in the next 12 months.

“The next 12 months of growth will demonstrate the product’s value, demonstrate our market strategy is working and validate the product in different contexts. We’ll then be in a position to rapidly scale the business.”

Lennox is originally from Carlisle and moved to Edinburgh for university in 2000. He had his first job at a start-up in the city in 2004 and ended up joining the nascent Skyscanner in 2009. It would become Scotland’s first so-called tech unicorn, a $1 billion revenue business, and now has a turnover of more than £214 million.

There was always a feeling, he says, that it could be a massive success.

“When I was looking at Skyscanner, the reason I joined was you had the opportunity to work in technology at that global scale,” he said.

“Something that would impact millions of people and be global, and from the start there was always this potential of Skyscanner being significant.

“Being inside of it, we would say that we always knew we were on the right trajectory. We had clear indicators that we were constantly growing, growth in usage as much as in the revenue, and internally we were always pretty confident that we were on to something that could be a global success.”

By early 2018, Lennox was taking on leadership roles, building Skyscanner’s development operations team and began to shape the consumer experience, through designing the site’s architecture. He moved into business strategy and led some of the firm’s key growth areas.

Since leaving Skyscanner, he has run his own consultancy, using that experience to help mainly tech start-ups grow.

Through that, he met Current’s CEO Chris McCann and gradually became more heavily involved. Now he has thrown in his lot with a business he clearly feels has the potential to change millions of lives. Current has a turnover of £1.1 million and has attracted more than £8 million in funding from heavyweight backers Par Equity and the Scottish Investment Bank.

Lennox said: “My experience is not necessarily in medical devices but I do bring a different kind of experience. I bring the engineering and the practical side of things, I bring the organisational side – what are the things we need to think about, the challenges we’ll face as we take next 2-3 epochs of growth.”

Current was founded in 2015 by McCann and chief technology officer Stuart Whiting. It has an office in California and recently recruited a VP of sales, Sean Ginney, who is based in the States. There’s a sense that the firm sees America as at least as, if not more important, than its native UK market and there are practical and commercial reasons for that. 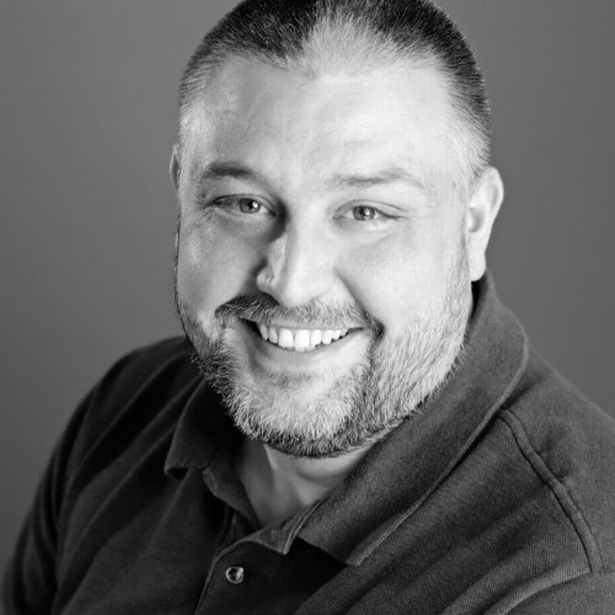 Lennox said: “I think you look at the American market and the scope and scale of it, there is a significant market potential there. If you solve some of the market challenges there, you have global success.

“We also have to recognise that in the UK you have the NHS and that moves at a certain pace. In the US you have different health systems and different requirements. There were changes in medicare that enabled the concept of how do we do remote patient monitoring.

“It is a destructive technology, allowing healthcare professionals to focus on higher value work, rather than taking measurements from patients. The US has a set of customers who want this technology because they recognise that the challenges they’re facing.

“New technology is always going to be disruptive and I think we are on the first crest of the wave of these changes coming through.Sometimes it going to be who’s willing to understand the technology and the value it brings.

“I wouldn’t say that’s old school v new school, it’s just a natural progression of how we improve the care we can provide.”

Current is proving its worth in terms of savings to customers. It reports that at Dartford & Gravesham NHS, remote monitoring has coincided with a 22% reduction in home visits to patients by staff. In cases such as that, Current’s platform allows the patient to chat with their health visitor or nurse in the same way they would by text.

The benefits are clear for overburdened wards, stressed medical staff and patients who would rather be at home than waiting for their next hospital meal.

Financial savings will win over NHS bean counters but without tangible benefits to patients, that means little. Lennox says the technology will not just free up medical staff to focus on more technical tasks than taking readings, it will improve quality of care.

He said: “With a device like ours, you could find there is a medical solution that doesn’t present itself in a spot check. Wearing a device allows you to see a trend over 24 hours, which gives the healthcare professional who’s looking after that patient a more complete picture.

“It is there that we add value to what the doctors and nurses are doing and we give them better information which enables them to make better decisions rather than a spot check that they receive 15 minutes after it happens.”

One of the biggest challenges for Current in an age of heightened data protection awareness is how to ensure patient confidentiality. And, given that a huge proportion of users will be of an older generation, convincing them that this new fangled gadget is not part of a huge prying operation.

Lennox said: “Data is something we’re very conscious of. Our ethos at Current is we’re always putting the patient first and that includes how we respect the patient’s data.

“Generally, it’s given by a health professional to the patient, who is introducing them to that technology and why it’s important and what value it brings to them.

“But that is also so the trust is still there, still built with the healthcare professional. and underlying that one of the challenges over the next year is how do we bring that perception to the forefront.

“We need to be clear and public about what our principles are around patient data and looking after that patient data beyond what is required by data protection requirements. ”

Current could be seen as a natural progression from the obsession many people have with fitness and performance tracking sports watches.

But we are still still a long way from a time when everyone wears a device which can tell their health insurer or doctor in advance that they are going to get ill.

“You can look at the current trend of trackers like Apple watches which are not clinical devices but designed to improve wellbeing,” said Lennox.

“So yes, there is a natural progression and where Current fits into that landscape today is in post-acute care where we know patients are in a vulnerable stage.

“Our first objective is to improve patient care with the data that we have. Arguably, once we have that data set it can give different perspectives on different people but our focus right now is solely on how we do we deliver better patient care.”

This news story was published by Insider.co.uk. Click here to see the original article.