What is ‘blobology’ and how is it transforming biology? 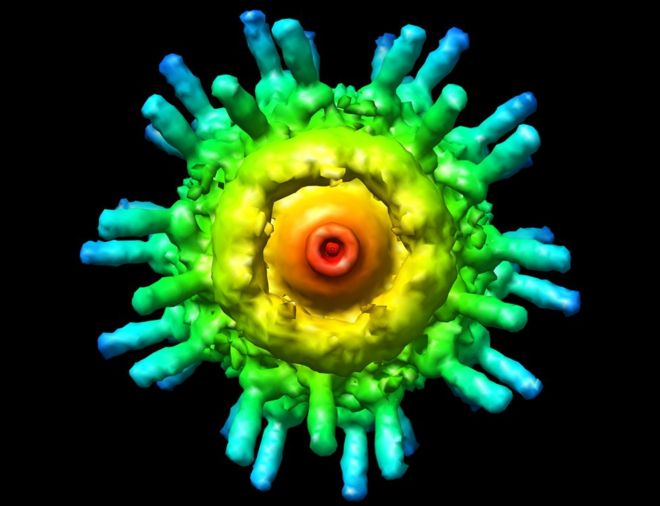 The technique was once termed “blobology” because its images were so indistinct.

But now, it is being used to create videos of the body’s inner-workings at a hitherto unseen level of detail.

This new view inside the body is likely to accelerate the development of more effective drugs for dementia and infection.

According to Dr Peter Rosenthal, of the Francis Crick Institute in London, there is a “growing buzz” about the potential of the technology.

“It is the hottest new approach in biological research at the moment,” he told BBC News.

“It’s been described as a ‘resolution revolution’. There is an exponential growth in the number of new images and 3D maps being produced and researchers are clamouring to be trained how to do it.” 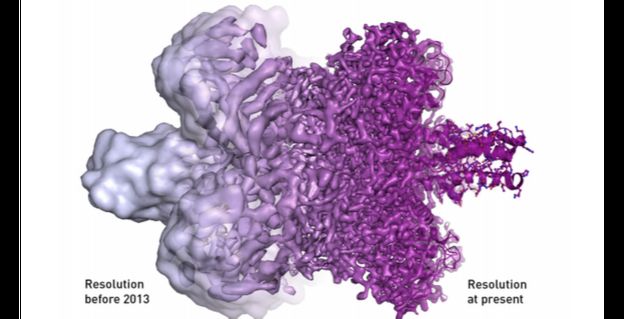 But it was not always so for the technique, called cryo-electron microscopy, or cryo-EM for short. It was seen as a wacky alternative to other techniques for decades. This was because the resulting images were little more than blobs – hence the rude description of “blobology” by its detractors.

But over time, scientists refined cryo-EM to the point that it earned a Nobel Prize for chemistry in 2017. But, crucially, there was a perfect storm of improvements in camera technology, image processing, reduced cost and increased computing power that has utterly transformed “blobology” into “ultra-high-definition-3D-video-ology”. 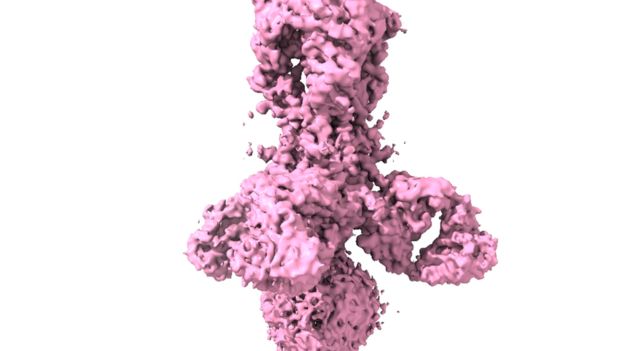 A new 3D view of the flu virus from cryo-EM. Compare it with the image below taken using X-ray crystallography. CRICK INSTITUTE. 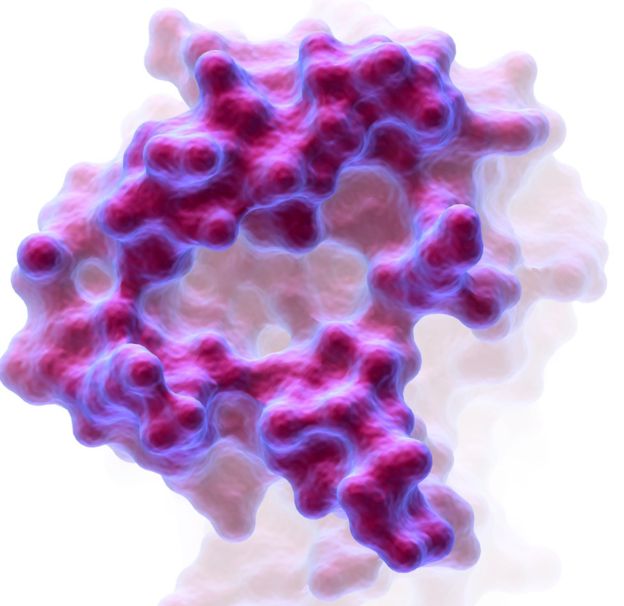 These are showing researchers what is actually going on in cells and so paving the way for the development of better drugs for infectious disease. These include those that are challenging to treat, such as flu and HIV/AIDS and many of the diseases associated with dementia such as Alzheimer’s and Parkinson’s disease.

According to Dr Rosenthal, “it is like seeing how all the different parts of an orchestra play to create a piece of music. We’ll be able to learn how processes in cells work in great detail and what goes wrong when something gets out of tune and causes disease”.

Scientists have created an image which zooms in to a tiny section inside a cell. This is not a simulation, it is the real thing. As you run the video, you will see the section highlighted in green and then thin yellow tubes inside it. These are strands of the body’s clotting agent ready to be transported to the site of a wound.

The video shows in startling detail how packages of different chemicals are transported inside a cell. The purple line can be thought of as a zip wire on to which the packages jump when they receive a signal that they are needed. The red packages contain a blood clotting agent which rushes towards the edge of the cell to be released and repair any damage.

Which is hot-off-the-scientific-press, shows the complete, detailed machinery of the flu virus. The ball at the bottom contains the anchor that attaches it to the rest of the virus; the spike at the top is the part that pierces the body’s cells to infect them. But this virus has been immobilised by the three molecules above the ball, which are part of the immune system. In this instance, the virus has been wheel-clamped by the body’s natural defences. But it gives researchers new ideas about how to develop drugs that work in the same way.

Lesley Calder is a flu researcher at the Crick. She says that cryo-EM has burst on to the scene and is transforming her research.

“It’s a huge step forward in being able to see what is going on within structures where, before, you had to cut them into slices or could just see the outside of. Now we can see the whole object,” she says.

And Lesley is not alone. The number of scientists using the technology, the funding available for it and the number of images and videos posted have all recently spiked.

According to Dr Donald Benton, “there is lots of exciting biology coming out every week from these microscopes. We can now see the structure of the molecules in action within the cell.

Seeing the shape and structure of biological molecules is important because they are the cogs and wheels that make living things work. They work inside and between cells, which are the building blocks of human life.

Cells are where many of the human body’s basic processes occur. And they are also where raging wars against diseases are fought.

Traditionally, researchers have used a process called X-ray crystallography to see what goes on at near-atomic levels. The process involves turning the sample into a crystal and beaming X-rays at it.

The X-rays scatter when they bump into the sample’s molecules, Researchers are able to reconstruct a highly accurate picture of the sample from the pattern of the scattered X-rays.

The technique has been incredibly successful. It produces images of the structure of biological molecules at atomic resolution. It has revolutionised out understanding of biological processes and led to hundreds of new medicines.

But its drawback is that the molecules are taken out of their natural environment and it is a snapshot of its shape rather than an observation of what it does in the cell.

Cryo-EM, on the other hand, enables researchers to see the molecules in their natural state. It involves freezing biological molecules or viruses inside the cell and then taking thousands pictures from different angles and at different stages in the biological process using an electron microscope.

Researchers can then stitch together these pictures and create a video of living processes in action.

This news story was published by BBC. Click here to see the original article.

What is ‘blobology’ and how is it transforming biology?