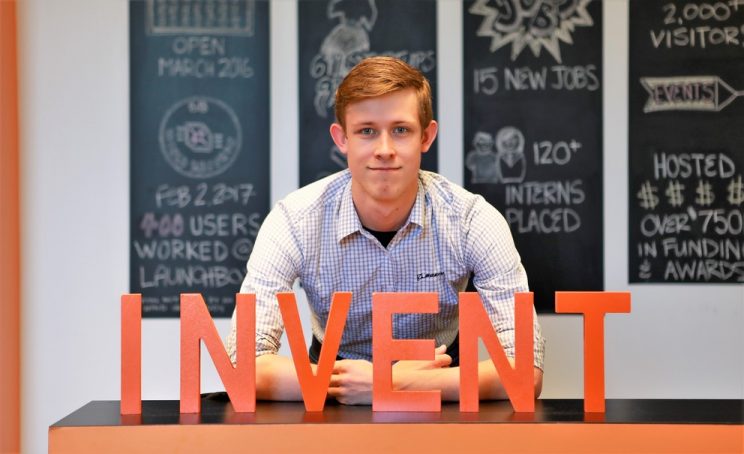 Joel Seidel, a junior in the College of Information Sciences and Technology, is part of an interdisciplinary finalist team in Invent Penn State’s Summer Founders Program. His startup, Maverick Software Systems LLC, is developing a software program that aims to improve the health care industry by helping hospitals gather data to assign quantitative values to the effectiveness of medical treatments and devices. IMAGE: JESSICA HALLMAN

For Joel Seidel, a rising junior majoring in information sciences and technology, that simple statement is fueling his passion to improve how individuals make informed decisions about their health.

Seidel is the co-founder of Maverick Software Systems LLC, which is developing a software program that aims to improve the health care industry by helping hospitals gather data to assign quantitative values to the effectiveness of medical treatments and devices.

He and his business partner, health policy and administration student Devanshi Agnihotri, are one of five student teams participating in the Invent Penn State Summer Founders Program — one of Invent Penn State’s first programs, which was started and continues to be funded by Penn State alumni. In the program, student teams receive $10,000 to develop their startup, nonprofit or social venture over the summer in State College.

Though he now has lofty goals for his company, the idea for Maverick Software Systems was born from a more basic student need.

“It started with the desire to make money to pay for my tuition and win competitions, but it turned into more,” Seidel said.

Seidel was not a stranger to competition. He was in the Tech Student Association in high school and won the Pennsylvania State Website Championship in 2014 and a software development award in 2017.

“I got the email from the Smeal Supply Chain [Pitch Contest] and saw the two things I wanted: a competition and $5,000 for whoever won,” said Seidel.

A match made in the HUB

Seidel almost didn’t come to Penn State. He was accepted to several other universities, but after touring Penn State he realized that it was where he wanted to enroll.

“It was the perfect blend of everything,” Seidel said.

A year later Seidel, who was majoring in aerospace engineering at the time, recruited Agnihotri, his high school friend and former competition partner, to help with the contest.

Seidel knew he wanted to create something that they could build and bring to the competition to show the judges, but he didn’t have an idea about what his product would be. That’s where Agnihotri came in.

One night, the two were talking in the HUB-Robeson Center and began discussing health care in America. Agnihotri expressed to Seidel that she learned that the U.S. has high cost but low-quality health care, in part because patients often don’t have enough information to make informed decisions about appropriate treatments.

From that, the idea for Maverick Software Systems was born. They put their entrepreneurial and interdisciplinary skills together to conceptualize technology designed to improve the health care system.

The idea that came from their brainstorming led to a second-place finish in the Smeal Supply Chain Pitch Contest. Even with the team’s lack of knowledge and experience in the field, Seidel thought the idea had potential.

After placing in the competition, the team found the opportunity to further refine its concept when Robert Hicks, CEO of Persea Naturals LLC and the group’s business adviser, took them to Happy Valley LaunchBox. There, the team learned about the Summer Founders Program.

Seidel and Agnihotri applied and interviewed, but Seidel thought the interview went so poorly that he accepted an internship offer with another company. Soon after, however, he got a call from the LaunchBox saying that his team was chosen for the program.

“I thought our interview was terrible,” Seidel said with a laugh, “but I knew what we’ve always had through the whole process is a plan. We had the technical ability and an idea for the strategy, and at any given point you could ask us how we were going to implement it and we’d have an answer.”

Seidel said he always had the dream of running a company in the back of his mind, but never thought it would come true.

“We never had enough time to do [the idea] justice. We used to meet at 11 p.m. in the Business Building and work until 3 a.m.,” said Seidel, noting how conflicting schedules and academic priorities made it hard to advance the project. “With the Summer Founders Program, we got more done in one day than we could in two weeks when we were in school.”

Seidel is thankful for the University resources and mentors who have helped his team get to this position.

“If I wouldn’t have gone to Penn State, Maverick wouldn’t exist,” Seidel said. “And if it weren’t for Robert Hicks and [executive director for the Center for Supply Chain Research and Penn State Executive Programs] Steve Tracey, the people at the University who helped us get started, we would have hung the award on the wall and forgotten all about the software.” 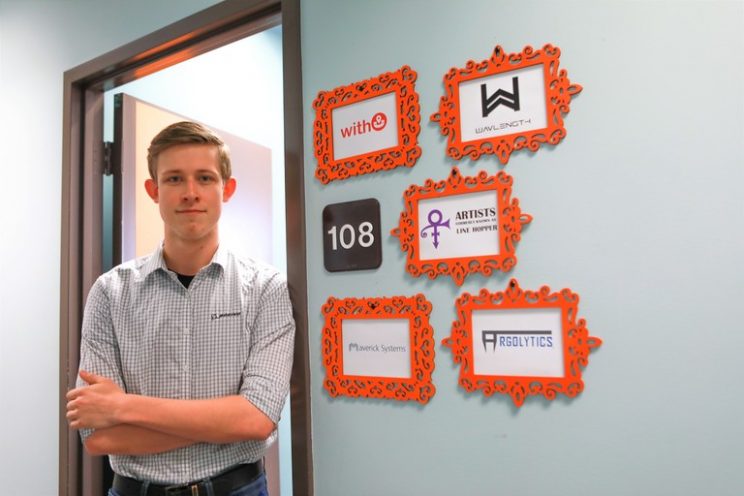 Joel Seidel, a junior in the College of Information Sciences and Technology, stands next to the sign for his startup, Maverick Software Systems LLC, at the Happy Valley Launchbox in downtown State College. IMAGE: JESSICA HALLMAN

However, for Seidel, the program isn’t just about being able to do what he loves for the summer. It’s about helping others.

“Medical mistakes are the third leading cause of death in the U.S.,” Seidel explained. “Health care is doctor-centric right now; it focuses on clinical success, which means no mortality. It doesn’t address people who have suffered but haven’t died.”

To improve this process, Seidel and his team assign quantitative values to medical procedures to help patients make better decisions.

He explained the software’s ability with a real-life example.

“I broke my knee last semester,” Seidel said. “I went to orthopedics, and they told me I had two options: either wait and hope it healed with time, or get surgery.”

Seidel, who has no medical training, had to choose whether to undergo kneecap bone repair surgery and have limited mobility for an unknown period of time, or to wait and see if his knee healed after a few months.

It was frustrating, he said, because while the doctor could recommend which treatment to get, there was no measure of either treatment’s effectiveness with past patients. This is what he hopes to solve with Maverick Software Systems.

“The software will collect data about patients from intra-hospital analytics,” Seidel said. “We can then create a profile of the average person who gets a procedure.”

The team believes that this additional information will give patients more ownership of their health care and help them make better decisions about treatments, something that will improve as they get hospitals to partake in a trial run of the software.

“We hope to teach people more about health so they can see real data rather than searching on the internet,” he said. “We want to help doctors and people make the best decisions that improve that and in turn reduce the number of medical errors.”

While Seidel almost didn’t come to Penn State, and changed majors once he enrolled, he said that he found his true calling in the College of Information Sciences and Technology.

“It probably should have been the move from the beginning,” he said. “When I switched [majors], I had a great time in the prerequisite [courses] which I’d never experienced before. Looking back, my career interests and personality shifted from being a person who liked to be left alone to program to now someone who loves working with other people.”

Now, he hopes that whatever he does, he gets to work with others and help them in any way he can.

“My goal is to be the full-time CEO of Maverick when I graduate and always be able to work with people, hopefully doing software development,” Seidel said.

With the hands-on experience of developing and working on the software, Seidel feels well prepared for his future. His advice to other aspiring entrepreneurs is to always keep improving.

“You’re going to be wrong, and you’re going to fail,” said Seidel. “But you just build, and as the requirements change, you change what you build. Fail early, fail often, and it’ll be like you never failed at all.”

This news story was originally published by PennState. Click here to see the original article.