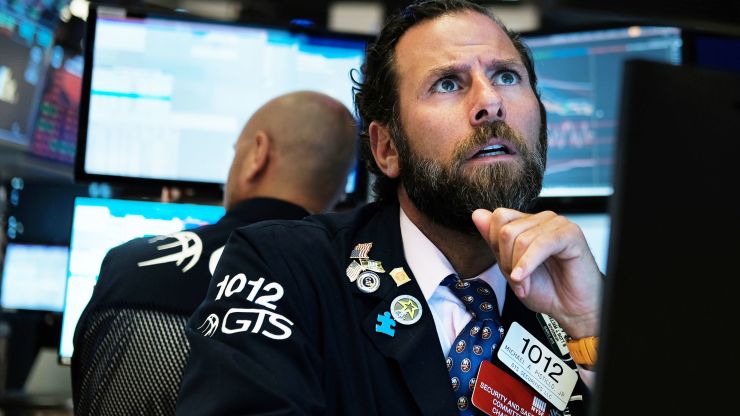 With the U.S.-China trade war showing no resolution in sight, hedge funds are steering away from battered tech and semiconductor stocks, while bottom fishing in health-care names, according to Goldman Sachs.

The fast money continued its rotation from tech to health care, according to Goldman’s latest research looking at 835 hedge funds with $2.1 trillion in equity positions. Health care became by the end of the second quarter the biggest sector exposure for hedge funds at 18%, based on their latest regulatory filings, Goldman said.

“Funds took the policy-driven decline of Health Care stocks in 1H as an opportunity to lift the sector to the largest net overweight vs. the Russell 3000,” Goldman strategist Ben Snider said in a note Wednesday. “Funds trimmed positions in semiconductors and other stocks exposed to US-China trade conflict.”

Health-care stocks took a big hit earlier this year as political policy ideas such as “Medicare for All” were gaining momentum, which could hurt insurers and others in the space. Among hedge funds’ top new holdings are pharmaceutical company Allergan, insurers Centene, Humana, WellCare Health Plans and Walgreens, according to Goldman. Centene and Walgreens both lost more than 25% in the past six months.

Information technology is now the most underweight sector for hedge funds as they continue to trim exposures to companies with big sales in China, chip stocks as well as U.S.-listed China internet stocks, Goldman pointed out.

Chipmakers have been some of the trade war’s biggest victims as the U.S. earlier this year blacklisted Chinese telecom giant Huawei, a big buyer of U.S. chips.

This news story was originally published by CNBC. Click here to see the original article.