New drug for people who can bleed uncontrollably. 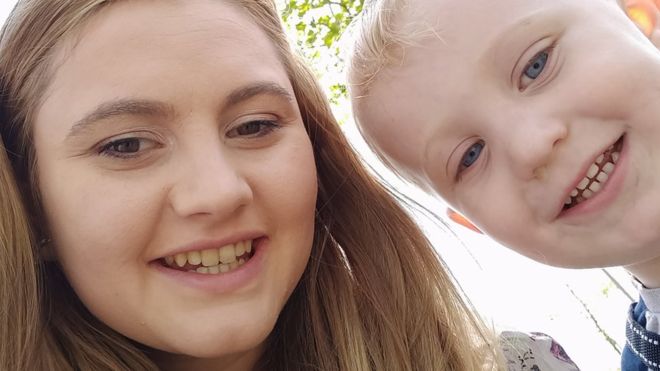 Christy and her son Christopher

Christopher Stephens has haemophilia A – his body lacks a protein that makes blood clot. A simple graze can mean the two-year-old bleeds uncontrollably.

To avoid this he needs treatment every few days with a drug put into his bloodstream via a tube in his chest.

But now, NHS England has agreed to fund a new therapy for patients like him.

It’s a medication that can be given weekly or fortnightly as an injection just under the skin rather than into a vein.

Emicizumab, marketed as Hemlibra, mimics the action of the missing protein, factor VIII.

Christopher’s doctors are recommending he stay on his current factor-VIII treatment but consider switching to the new one when he is a bit older. Like other people with haemophilia A, he will need life-long treatment.

His mother, Christy, 22, of Surrey, says: “Without treatment, there’s the possibility that he could have multiple bleeds every week, every day.

“He is quite an active boy, so he bumps his head quite often and obviously there’s always the chance of brain bleeds, and bleeds anywhere really, without that factor VIII.

“Christopher has severe haemophilia A. He has literally got no factor VIII in his body until we provide it to him.”

Christopher copes really well with having his treatment – but it can be difficult.

“He’s not scared of things or worried. To him, he’s a normal child. We try as much as possible to treat him like a normal child. But a couple of weeks ago, he was in hospital because he had a port infection[, where the tube enters his chest].

“And sometimes he’ll say to me, ‘Mummy, don’t hurt me,’ when I’m doing his injection and that just kills you as a parent.”

Haemophilia A is a genetic condition most often inherited but can occur spontaneously and usually affects boys and men.

Now, about 1,800 patients in England living with severe haemophilia A will potentially be able to have emicizumab.

People with less severe forms of the condition (but who have stopped responding to conventional factor-VIII treatment) have been able to get Hemlibra on the NHS in England, Scotland and Wales since 2018.

“As a parent, I know that cuts and scrapes happen to kids all the time but for many families these routine accidents can be distressing and life-threatening, so this new treatment will change lives and lift a weight from thousands of parents.”

The Haemophilia Society chief executive Liz Carroll said: “This decision is fantastic news for our community.

“Current treatments can require intravenous infusions multiple times a week which can place a significant burden on people with haemophilia and their carers.

“This decision will mean that people will have the opportunity to have treatment less frequently without intravenous access, which will enable many to live their lives more freely.”

New drug for people who can bleed uncontrollably.