Nearly 90 per cent of Chinese people with a serious mental health disorder does not seek treatment. Now WeChat apps are helping address this deep cultural taboo. 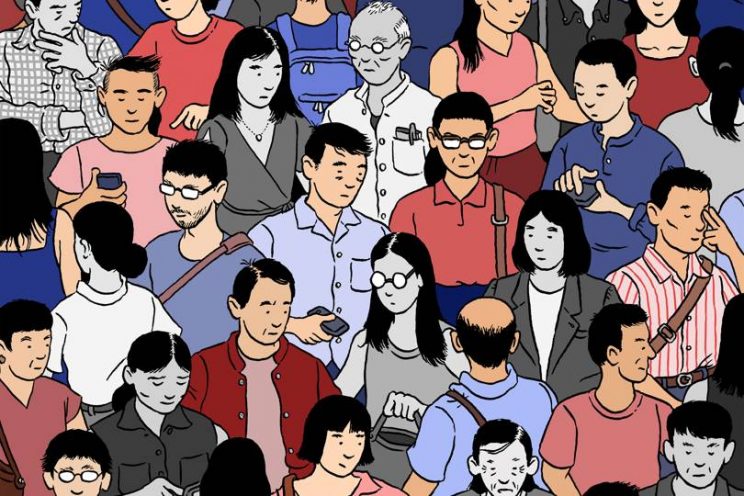 As she came to the end of a master’s in social work at New York’s Columbia University, Qian Zhuang was seeking guidance. Struck by the quality of her career advisers and the pastoral care she had received, she wondered if it would be possible to create a similar service in her native China. She started writing articles about mental health and happiness and posting them on the social network WeChat. Gradually, Qian built a following. Today, Know Yourself – the lifestyle brand that grew out of her blogging – has dozens of employees in cities across China, over four million followers on WeChat, and another three million on other platforms.

Know Yourself is one of a number of psychotherapeutically informed companies using social media to spark a long-overdue conversation around mental health in China. Stigma and a lack of qualified specialists make it harder for Chinese patients to seek and receive care. Globally, 48 per cent of people with a serious mental disorder do not seek treatment; in China, the corresponding figure is 87 per cent, according to the World Mental Health Survey.

China’s taboos around mental health come from a number of factors, including the legacy of the Mao era, a collectivist Confucian culture that penalises difference, and the paucity of non-discriminatory representation of mental diversity in popular culture. These have been identified by Jie Yang, an anthropologist at Canada’s Simon Fraser University, who has written a primer on mental health in China.

The Chinese government is aware of the burden of mental illness and is trying to address some of the issues limiting access to adequate care. In 2013, the National People’s Congress ratified the National Mental Health Law, which strengthened legal protections for the mentally ill; qualifications for psychotherapists have been overhauled in recent years; and the government has launched the 686 scheme, aimed at taking psychological services out of clinical settings and spreading them throughout every level of society.

These government programmes are important, but they are directed primarily at those suffering from severe conditions. There is, however, a difference between treating mental illness and taking care of one’s mental health. The inability to decouple these two ideas has prevented a less stigmatised conversation. The view that mental health is something all people should take an interest in – and which does not necessarily imply sickness – is what companies like Know Yourself are trying to promote.

“Know Yourself is a brand,” says Qian, the Know Yourself CEO. “The main aim is to push mental health, in terms of prevention and promotion – and intervention later, if that is required.” It does this in various ways. First, it runs a media operation that promotes awareness of mental health, drawing broadly from academic psychology, pop-psychology, social science, and pop culture. The company also runs for-pay online and offline courses for people interested in mental health and psychology. “When we first trialled offline workshops,” Qian says, “We sold out 600 tickets for a one-day event in Shanghai in less than two hours.”

There are now plans to open permanent event spaces in Beijing, Shanghai and Shenzhen within a year, which will allow Know Yourself to hold more regular lectures and offline courses – and its customers to meet in person.

Know Yourself also does online psychological assessments constructed by qualified psychologists, and it is launching an app through which patients can send questions and interact with trained counsellors. This is important in a nation with an estimated 180 million potential consumers for mental health treatment – 4.3 million in desperate need – but with only 20,000 qualified specialists to meet the demand.

Know Yourself is not the only Chinese company that promotes mental health awareness and sells related services, although its two main competitors – Jiandan Xinli and Yi Xinli – are more focused on the clinical and medical aspects of mental health as opposed to Know Yourself’s lifestyle vibe. All three services provide free booking platforms to help users connect with therapists throughout China, and they try to vet therapists to ensure they have the correct qualifications. This can be hard to achieve, as the government has repeatedly launched schemes that rush the qualification process, in order to train badly needed psychotherapists, regardless of quality.

As a platform that integrates payments and publishing tools, WeChat has created an ecosystem that these companies are using to raise awareness about mental health, and then capitalising on that with for-pay services. This is creating a potent tool to lift the stigma from mental illness and talk more generally about healthy minds.

For now, however, the conversation is still nascent, and demographically skewed.“Our average user is in a first or second-tier city, 70 per cent of them are female, and 80 per cent have an undergraduate degree,” says Qian.

Her goal is to reach out to the wider population. “I believe that everyone can be happy and that it is a skill we can work on,” she says. “Our mission is to help people develop the skill of happiness.”

This news story was originally published by Wired. Click here to see the original article.